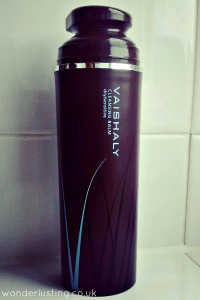 “Don’t believe the hype” should be a warning sticker on certain products. Vaishaly Cleansing Balm is one such product and unquestionably my most disappointing skincare purchase ever. This left me with post traumatic cleanser disorder!

I have dry, sensitive skin so am always looking for soothing, well formulated products that won’t strip my skin. I see the word balm and I sigh with contentment. I’ve tried pretty much every balm cleanser on the market including ones from Eve Lom, Omorovicza, Organic Pharmacy and Spiezia. So when I first heard about the Vaishaly Cleansing balm for dry/sensitive skin, it seemed to tick every box, despite being eyewateringly expensive.

Vaishaly Patel, who is behind the range, is known as the UK’s super-facialist to the stars, looking after the skin of celebs including Nigella Lawson, Elle Macpherson and Sophie Dahl. I diligently did my research and  there was glowing review after glowing review from media and bloggers I respected singing its praises. The Cleansing Balm  was even declared one of the Top 30 beauty products of ALL TIME time by one national newspaper and it scored highly on MakeupAlley (admittedly only a handful of reviewers which I should have taken into consideration). This all convinced me the product was a game changer and worth the nose bleed price tag (currently £69 though was £59 at Harvey Nichols). Knowing how reactive my skin can sometimes be, I always ask for a sample sachet and duly contacted the company to request one but was told they don’t do samples. Instead of following my usual rule, I was so desperate to join the cleanser cult, got a bit giddy and went ahead and purchased.

First impressions were good. I liked the packaging and that it had a pump so no room for germ-ridden fingers (take note Eve). Not so great is the fact that there is no full ingredient listing anywhere. 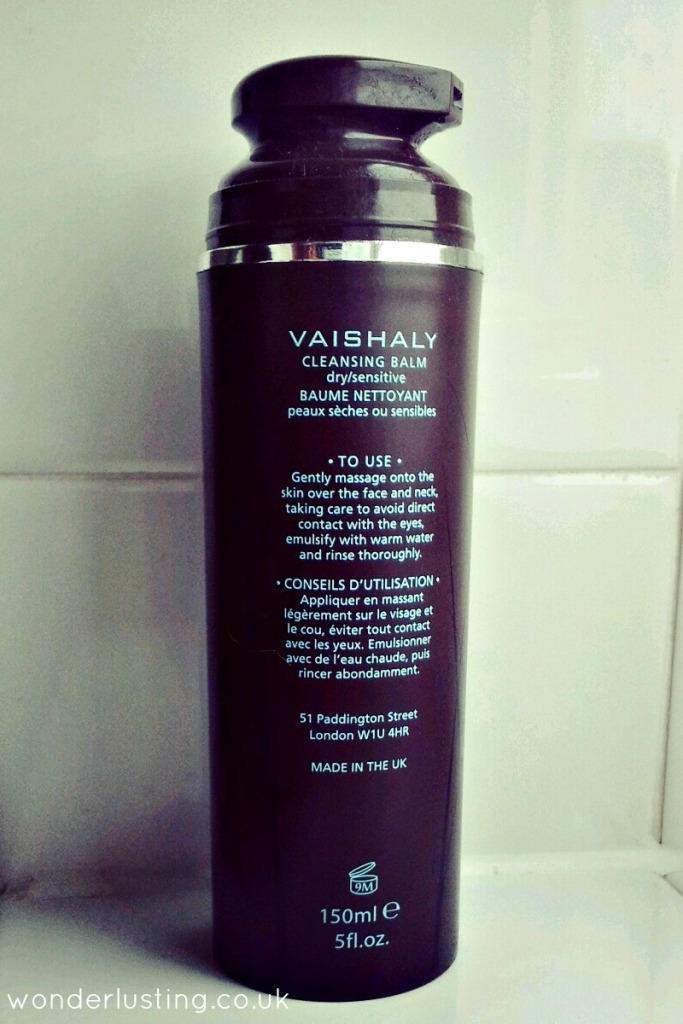 So on to the cleanser itself. Below is how the product is described on the Vaishaly website with my experience side by side.

Using this product was not a pleasurable experience at all more like punishment. I actually dreaded using it but due to the price felt I had to use it to the bitter end. It felt like I was smearing dirt and makeup in to my skin and sealing it all in with lard, rather than cleansing. I tried it every which way and the only way it was bearable was if I had no makeup on and the weather was warm.

Of course everyone’s skin is different yada yada and clearly  this is a wonder product for some. For me it was a complete dud. The lesson learnt is when something is this expensive you need to be sure to sample beforehand since we unfortunately don’t have the consumer rights of return enjoyed by other countries.