Today I’m taking a look at the body products fragranced with what some call the sexiest perfume ever….Frédéric Malle’s Musc Ravageur By Maurice Roucel. One of the powerhouses of niche perfume, Frédéric Malle, calls himself a “publisher of perfumes”. In 2000, he launched a revolutionary new concept for the fragrance world of actually acknowledging and showcasing perfumers. Until then ‘Noses’ had been secret magicians concocting their magic behind the scenes and all the credit going to the fragrance house. He cherry picked the world’s best and gave them carte blanche to create, launching with a line up of nine fragrances. 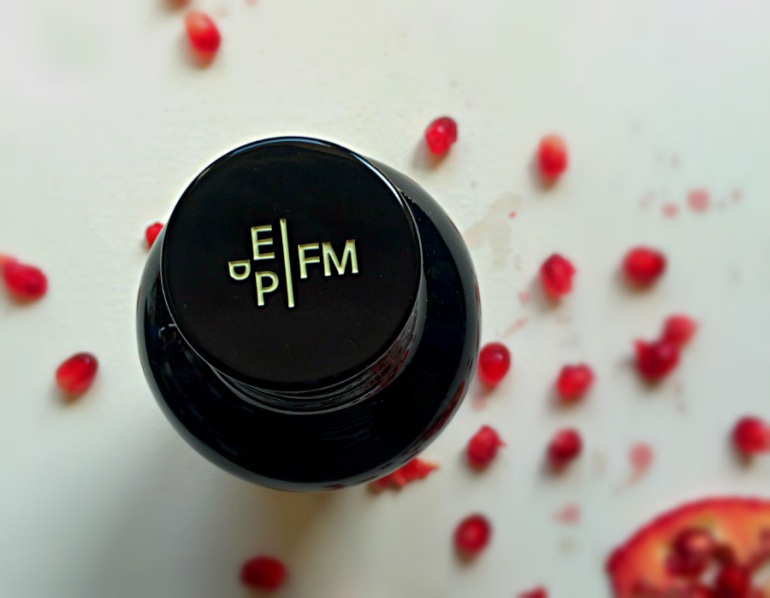 In an era when celebrity names ruled on perfume (Justin Bieber, J-Lo and Paris Hilton are amongst the top selling fragrances ever!), this was ground breaking. Now we know and see the names of master perfumers Francis Kurkdjian, Roja Dove and so on. They’ve become fragrance rock stars partly thanks to the Frédéric Malle effect. As I predicted will happen in green beauty, niche perfume houses are being bought up by conglomerates who want a slice of the niche action. In the last couple of years, Estee Lauder has snapped up Rodin Olio Lusso, Le Labo and Frédéric Malle.

I love that across the Frédéric Malle range, there is no gender assigned to the perfumes, it’s all down to personality though some scents are decidedly more traditionally “feminine” or “masculine”. Ingredients wise the perfumers use a mix of natural and synthetic materials, which most importantly for me, I don’t have an allergic reaction to. I can’t describe what a big deal that is to me as I wasn’t able to enjoy perfumes for several years due to an allergy.

So on to what some have called the sexiest perfume ever….. 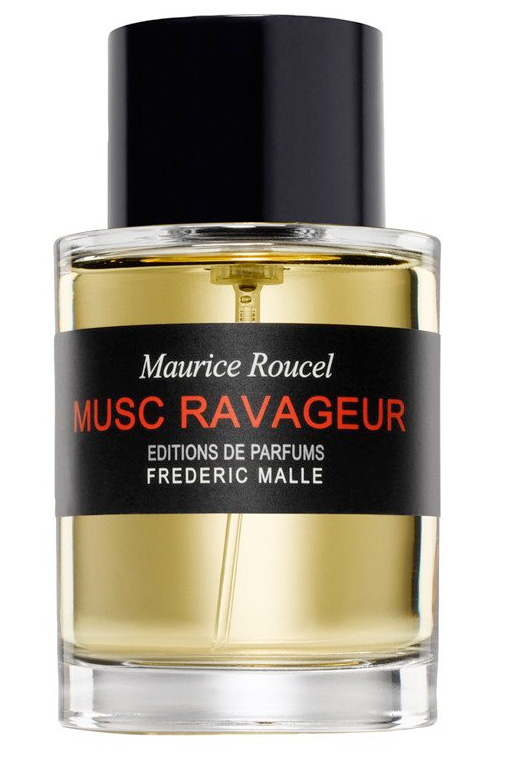 Frederic Malle Editions De Parfums state: “Musc Ravageur is a perfume of pure sensual indulgence, containing not a single flower; a modern classic that nothing and no one can resist….Composed by Maurice Roucel as an “act of seduction and generosity”

So Musc Ravageur sounds pretty irresistible right? Haha. I’ve heard that George Clooney wears it. It is a scent that arouses a lot of passion. In my experience you will either throw yourself in to its warm embrace or go running for the hills. This is love or hate, no middle ground. As far as fragrance families go, Musc Ravageur is in Oriental which tend to grown up and unisex. Me? I’m in the love or is it lust camp.

Despite the name Musc Ravageur  is not super musky on me and never gives me full skank. If it was a dress, think long and backless rather than mini and bodycon. It is supremely sensual and sashays seamlessly from in your face sultry to snuggly, and sometimes back again. There’s a hint of sweat then spice, followed by opulent woodiness drying down to tonka, vanilla and baby powder that will have anyone nearby wanting to nuzzle.

New to the Frédéric Malle line are the elegantly formulated shower cream and body & hair oil for Musc Ravageur. If you’ve got dry skin like me, then you’ll know that generally fragrance doesn’t tend to last as long. Oil helps “fix” perfume to the skin so if I want a scent to last, it’s layering all the way. Another tip is to spray the perfume on to fabric where it will last longer than on your skin. Be careful with fragile materials obvs. 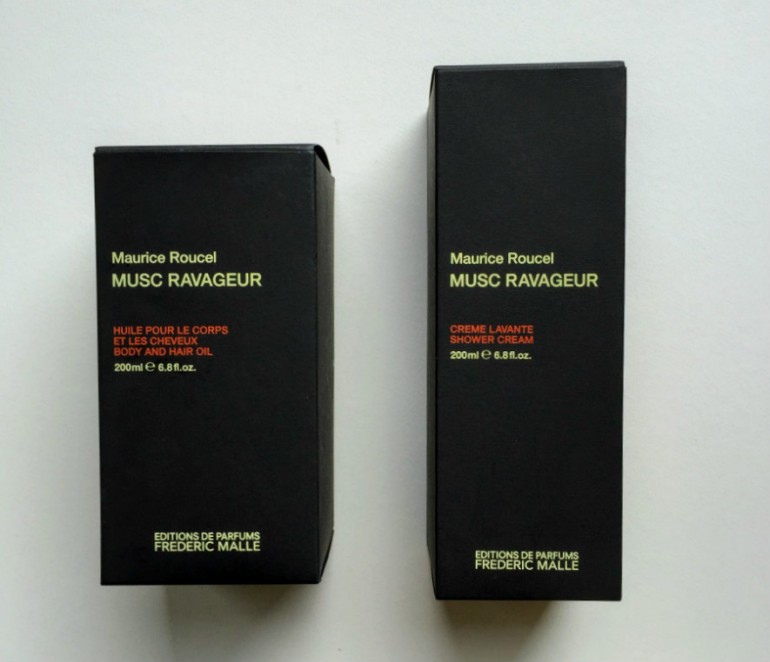 Now with Musc Ravageur, which clings to my skin as more woody scents tend do, conversely there are times when I want a more muted version of the scent so reach for the body products instead. The different products play differently on my skin with different aspects of the original perfume leaping forward. 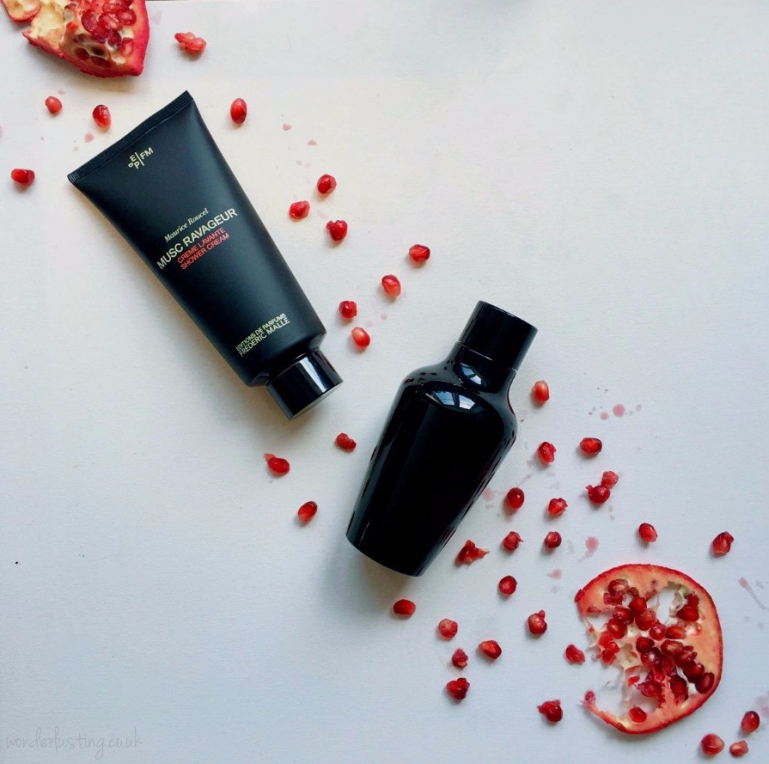 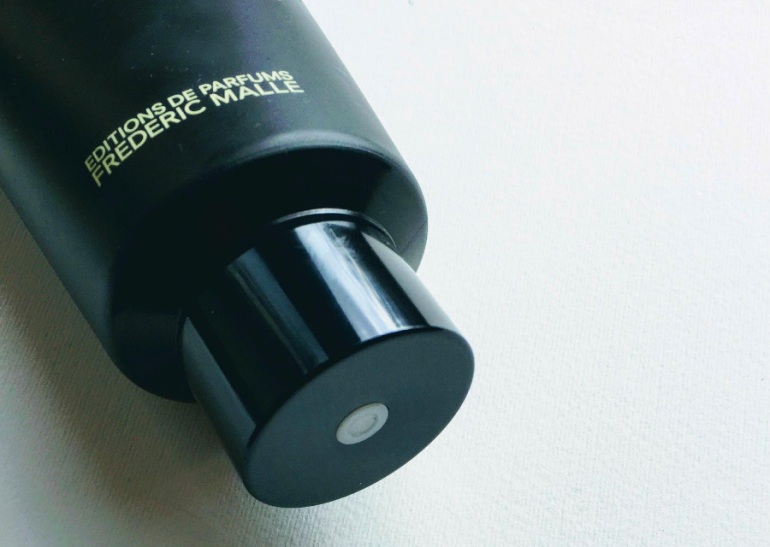 As I’ve mentioned before despite my Inner Cleopatra I don’t do baths. I love showers so shower products are something that I’m happy to splurge on for pamper time.  I adore the texture of the Musc Ravageur shower cream. It is ridiculously, sumptuously, divinely creamy. You get a little bit of sudsing but if you want (I don’t) big bubbles you’ll need to look elsewhere. My skin is left soft and feeling enrobed. The scent lingers on my skin from dawn til dusk. Cumin and baby powder are the longest lasting notes on my skin. 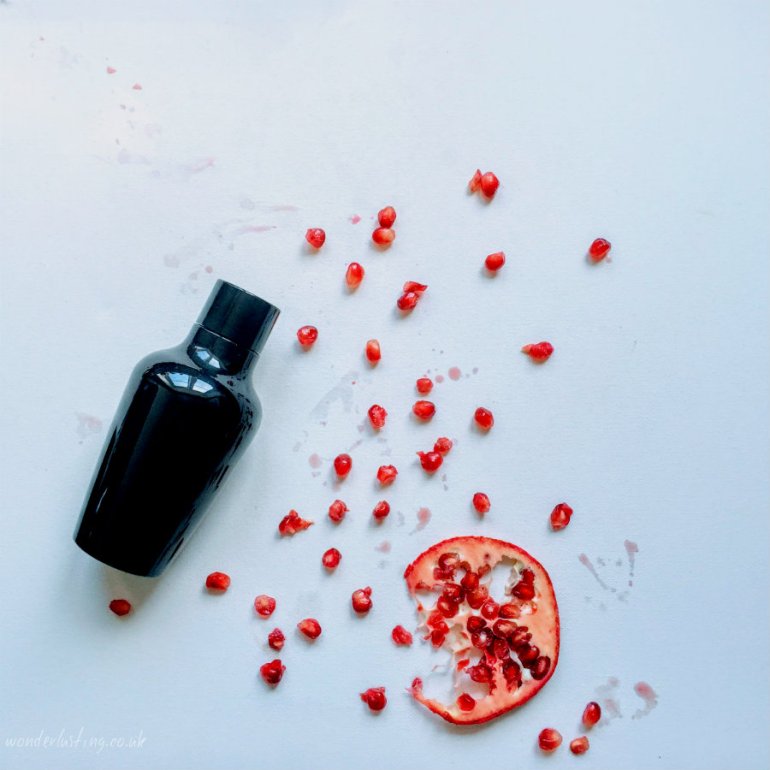 It takes a certain amount of confidence to have a stark black bottle with no label. Confidence is not in short supply where Frédéric Malle is concerned. It’s all about the scent no added frills required. The Musc Ravageur Body and Hair oil follows the perfume journey on my skin though in a softer, ‘easier’ form. It’s a lightweight almost dry feel oil (think French lingerie rather than thermals) that sinks in to the skin very quickly.  The fragranced oil is a roll call of nourishing oils including almond, apricot, jojoba, sunflower, evening primrose, rosehip, argan, squalane, coffee seed and wheatgerm. I reach for this when I want a lighter version of the original perfume.

The two Musc Ravageur body products layered together are ideal for hot dates and cold nights. Go forth and ravage mes amis.