I was recently blown away by a wall made of 2,500 roses and hadn’t seen anything like it before.  Well it appears I ain’t seen nothing yet.  Earlier this year, Paris’ poshest florist, Eric Chauvin, created floral walls with ONE MILLION fresh flowers for an incredible, show-stopping set to showcase Dior’s Autumn 2012 collection.

It took 150 people, four days, to prepare the installation featuring 50 varieties of flowers including roses, orchids, peonies, dahlias and carnations. The theme by Dior’s new creative director, Raf Simons, was in homage to the origins of the house of Dior. Christian Dior’s very first couture collection in 1947 was dedicated to “flower women” and he owned a flower farm in Provence. In his book The Little Dictionary of Fashion, he stated:  “After woman, flowers are the most lovely thing God has given the world.”

The scale, artistry and sheer amount of flowers is just breathtaking.  Scroll down to watch the video which shows the painstaking process involved. 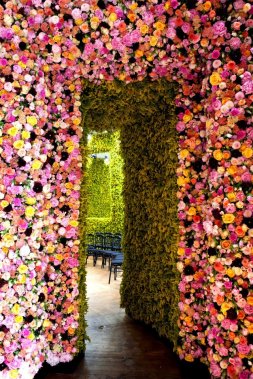 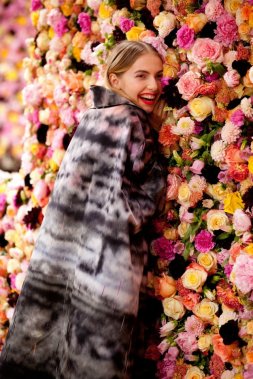 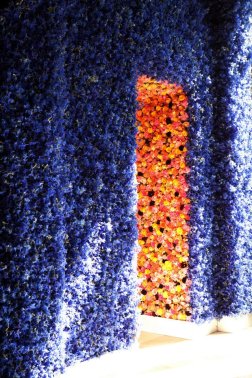 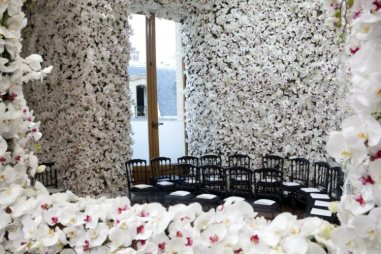 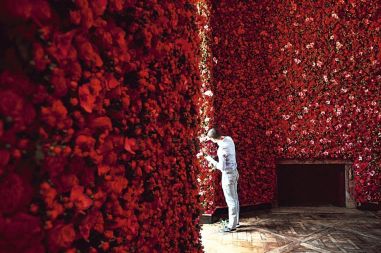